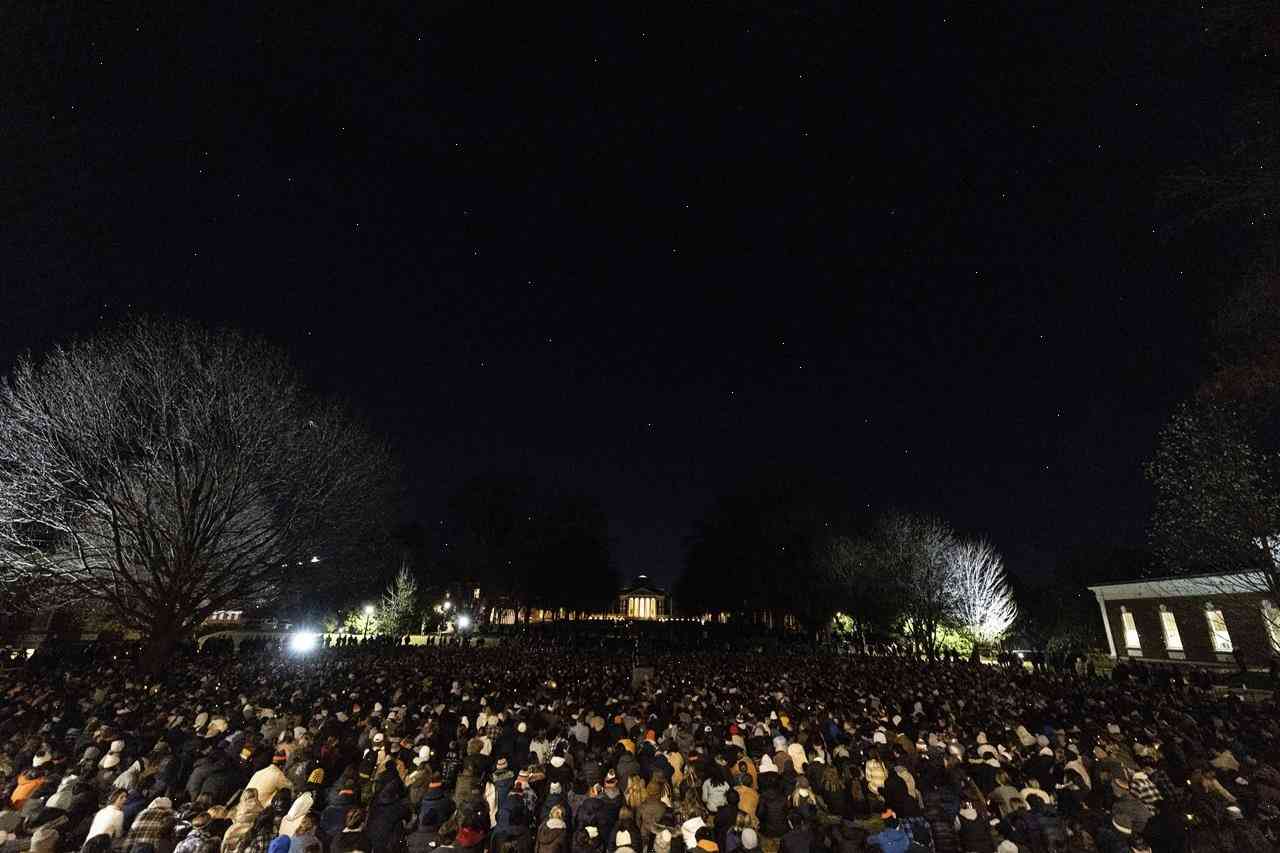 COLUMBIA, S.C. — The U.Va. campus was rocked to hear late Wednesday that a student at the school had been charged in connection with the recent campus shooting that claimed the lives of three people and injured 14 before the suspect.

The school’s student government confirmed the arrest and a student who did not want to be identified, along with the university, said the suspect was a freshman and part of a field trip to Turkey and the Middle East that also involved a group of local children who were part of the tour.

The FBI has said the students were uninvolved in the shooting spree that began when a student was attacked with a knife at U.Va.’s L.G. Wells residence hall in the campus’s Russell Quadrangle. The 19-year-old student was taken to a hospital in critical condition but later died from his injuries.

“The University, and our entire system, mourns the loss of these brave men and women and their families. This community is together in solidarity in continuing to honor the memory of their sacrifice and the memory of the fallen, and recommit ourselves to finding answers to what happened.”

The FBI confirmed that the students were on a school-provided international tour to Turkey and the Middle East, but investigators have not identified the students by name or their role in the shooting or investigation.

University police said the student was taken into custody Wednesday morning and that charges could be filed as early as Thursday.

Students said they were unaware of the charges against the suspect, and a university spokesman said he knew nothing.

The university said the student had been on campus for a month, as part of the summer school program, which allowed him to take part in a school-sponsored trip to the Middle East.

“The university is saddened by this tragedy but also appreciates the work of law enforcement in finding those responsible,” Sullivan said in the statement.

Some students and staff members said they were unaware of any