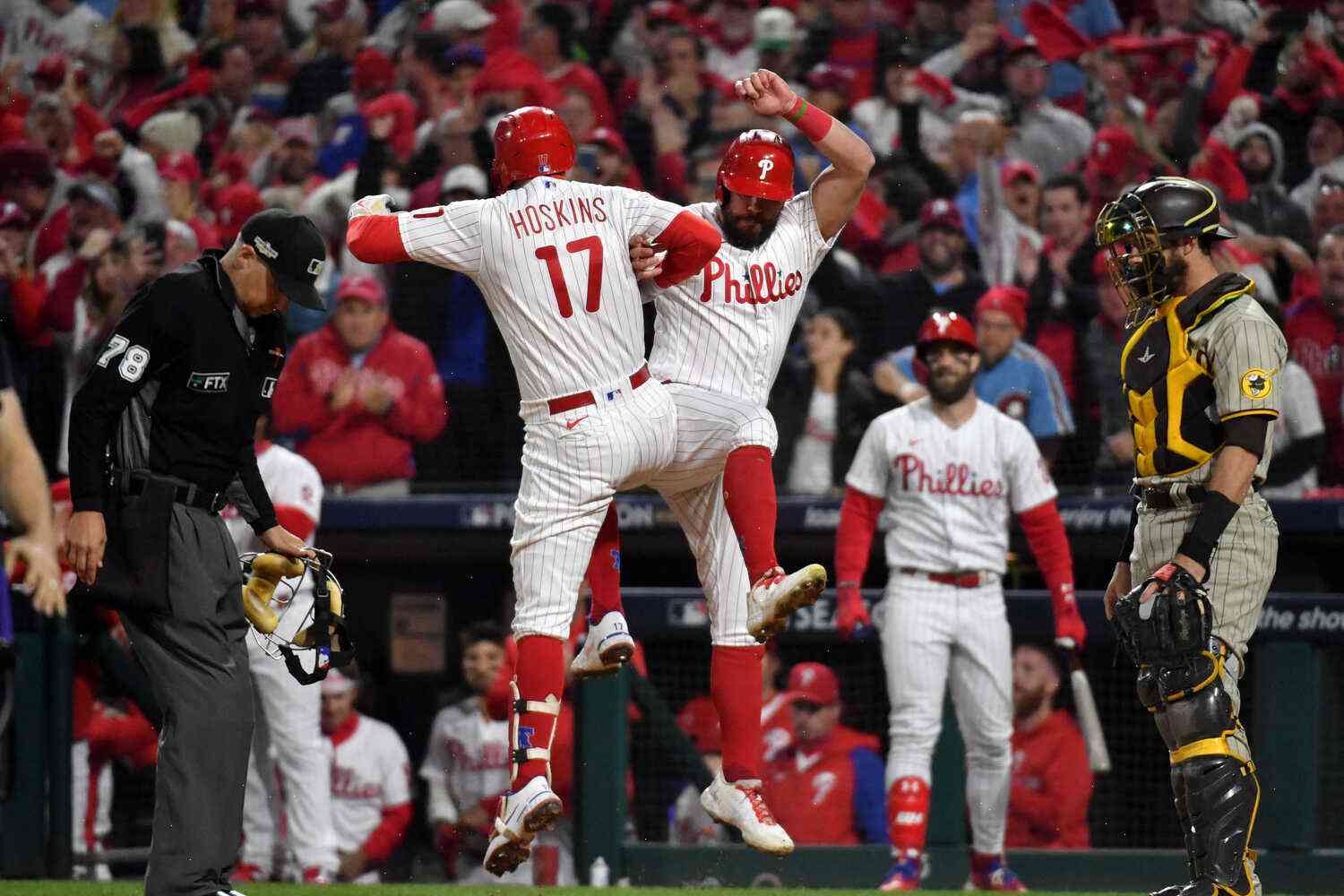 The Phillies took a 2-0 lead over the Padres in the NL Wild Card, but the Padres beat the Phillies, 7-2 in Denver, to advance to the playoffs.

The Padres have won each of their last three games, and now are a half game behind the Royals in the NL Wild Card race.

With the Phillies now trailing the Royals by two games in the National League Wild Card, the Phillies will need to win their final two games.

The Phillies have won five regular games against the Royals this year.

The Royals have lost five of their last six series.

The Phillies moved to a 3-2 lead tonight over the Padres, when they took the lead in the second inning.

The inning started with Chase Utley hit a sharp ground ball to right field, where the ball was tracked by Ryan Howard who threw to first base as if he was attempting to steal second.

The ball glanced off of the glove of shortstop Orlando Hudson and rolled away.

The Padres responded to the lead change by scoring a run in the third, on a sacrifice fly from Eric Hosmer.

The Padres added a run in the fifth, on a wild pitch by Ryan Howard, which allowed starter Chad Billingsley to retire the side in a scoreless inning.

The Phillies got to within one in the fifth, when Jimmy Rollins hit a towering homer, to left field.

But the Phillies had to watch the inning, as starter Cole Hamels was ejected from the game for his second base-kicking interference in the game.

Hamels was ejected for arguing with the umpire, who called him for arguing balls and strikes.

It was his third strikeout in five and a half innings of work to earn the win.

The Phillies then scored a run in the sixth on a sacrifice fly, with J.C. Romero reaching on an error by Chase Utley.

The Padres scored two in the eighth, on a leadoff and home run by Mike Cameron.

It was the Padres’ first run of the night since the seventh inning.

The Phillies made a comeback in the ninth, as they