Los Angeles Fire Department Says the worst is over 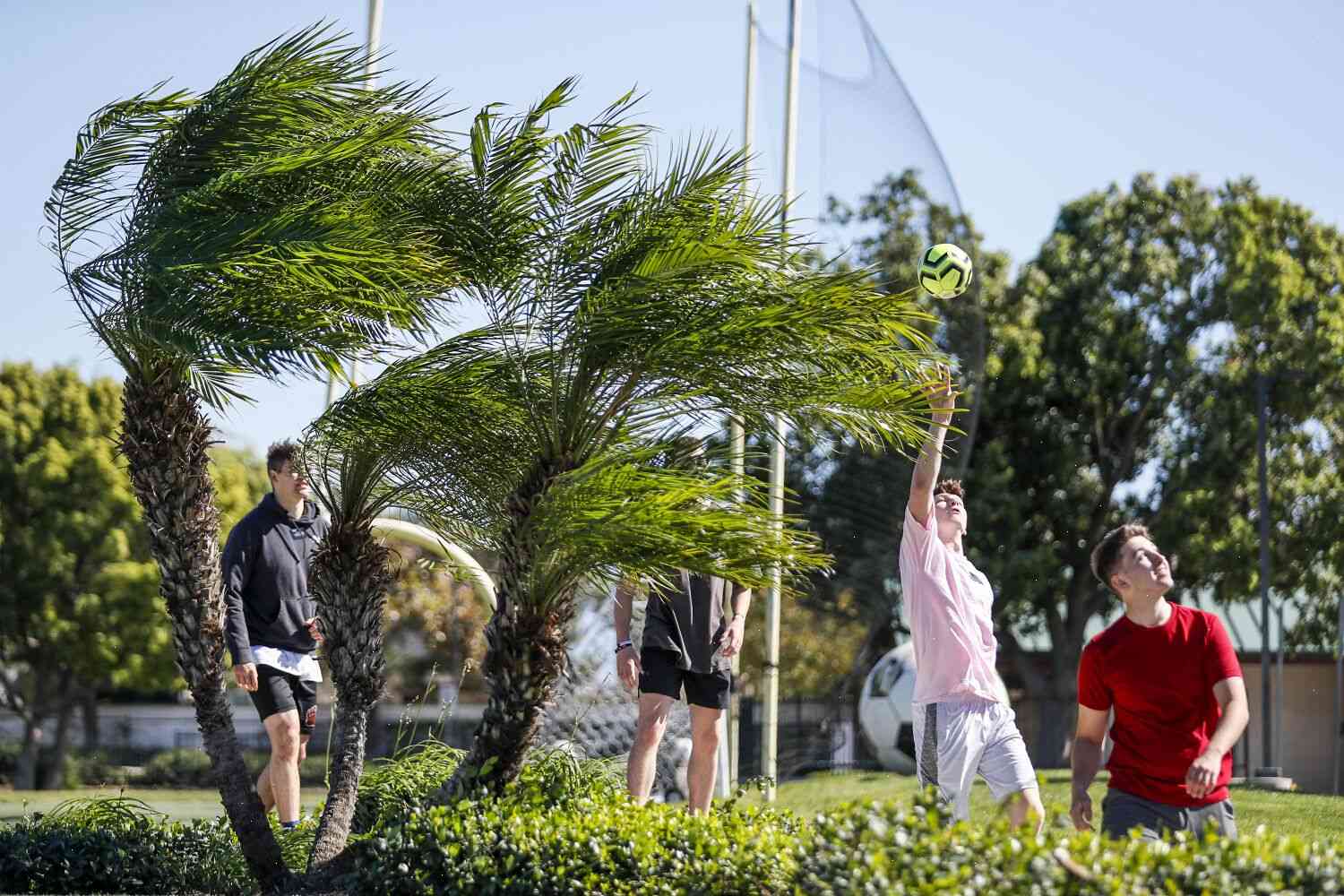 LOS ANGELES — The winds died down Sunday after triggering the most severe weather in nearly a decade in Southern California, prompting one local fire department to say the worst is over.

The National Weather Service confirmed a 30-mph storm had swept into Los Angeles and Ventura counties on Sunday as gusts as high as 50 mph were reported. Many of the areas affected by the storms were on high-fire danger alerts, meaning they had been placed on watch for fires.

It didn’t take long for residents to find out.

“It took a few minutes to realize it was gone because it was so quiet, but then it came back with some gusts of 30 mph,” said Sean Maloney, a spokesman with the Los Angeles Fire Department.

The storms, one of the most dramatic in recent months, forced the closure of schools, closed some areas to drivers and shut off power to thousands of people.

About 2,000 customers were without power after the storms hit, Southern California Edison said.

Forecast models called for a 30-mph storm that dumped as much as 8 inches of rain across Southern California, the National Weather Service said.

“It’s going to be a little wet down there overnight,” said meteorologist Eric Horrell at the weather service in Huntington Beach, Calif. “But it won’t be too bad in Santa Barbara and Ventura County.”

People in the areas affected by the storms had been told by phone not to drive through the storms. In San Diego, a hotel employee with the San Diego Gas and Electric Co. said some hotel guests would be asked to move into an adjacent building to avoid a flood and lightning strike, said Stephanie Leppink, a spokeswoman for the utility.

“We were preparing for the worst and for multiple days of rain,” said Bill Heery, a power broker with Southern California Edison