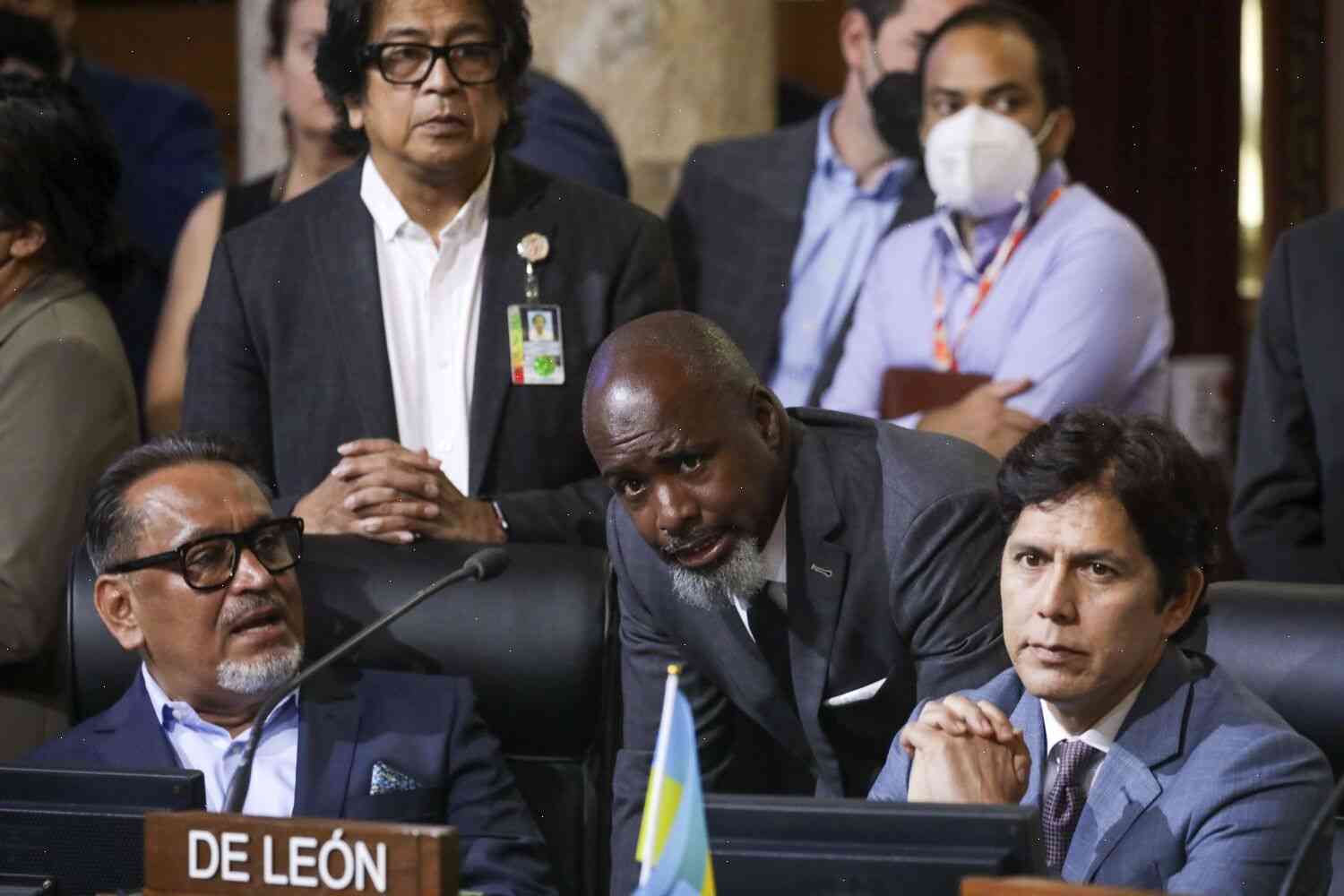 Letters to the Editor: Nury Martinez, Gil Cedillo and Kevin de León have done grave racial harm to L.A. County’s Latino community, and we should all stand and condemn their actions.

There is not a single Latino who would have voted for these criminals to represent them in the Board of Supervisors. They are criminals, both in their own right and as surrogates for the worst racism in L.A. County’s long-standing history — which, sadly, our elected officials have done nothing to combat.

We are outraged at police departments and the policies that result in violence against Latino communities.

At a time when L.A. County is poised to add to its growing Latino population — through the addition of over 200,000 new Latinos to the county since 2000, the L.A. County Registrar of Voters released a report on Tuesday that indicated a countywide increase of nearly 1.7 percent in Latino voting-age persons. This, along with the fact that Latinos now make up 11 percent of the city of Los Angeles, is a new Latino trend for the city and county of Los Angeles.

In fact, L.A. City Council Member Gil Cedillo was among the first candidates who promised to make Los Angeles more Latino. There is no logical reason why we should not be able to enjoy the benefits of a diverse county and city, full of opportunities for every citizen. It is time to start acting as if this community is not a problem.

We encourage all citizens to join our call for a national investigation into police misconduct. Our lives depend on justice.