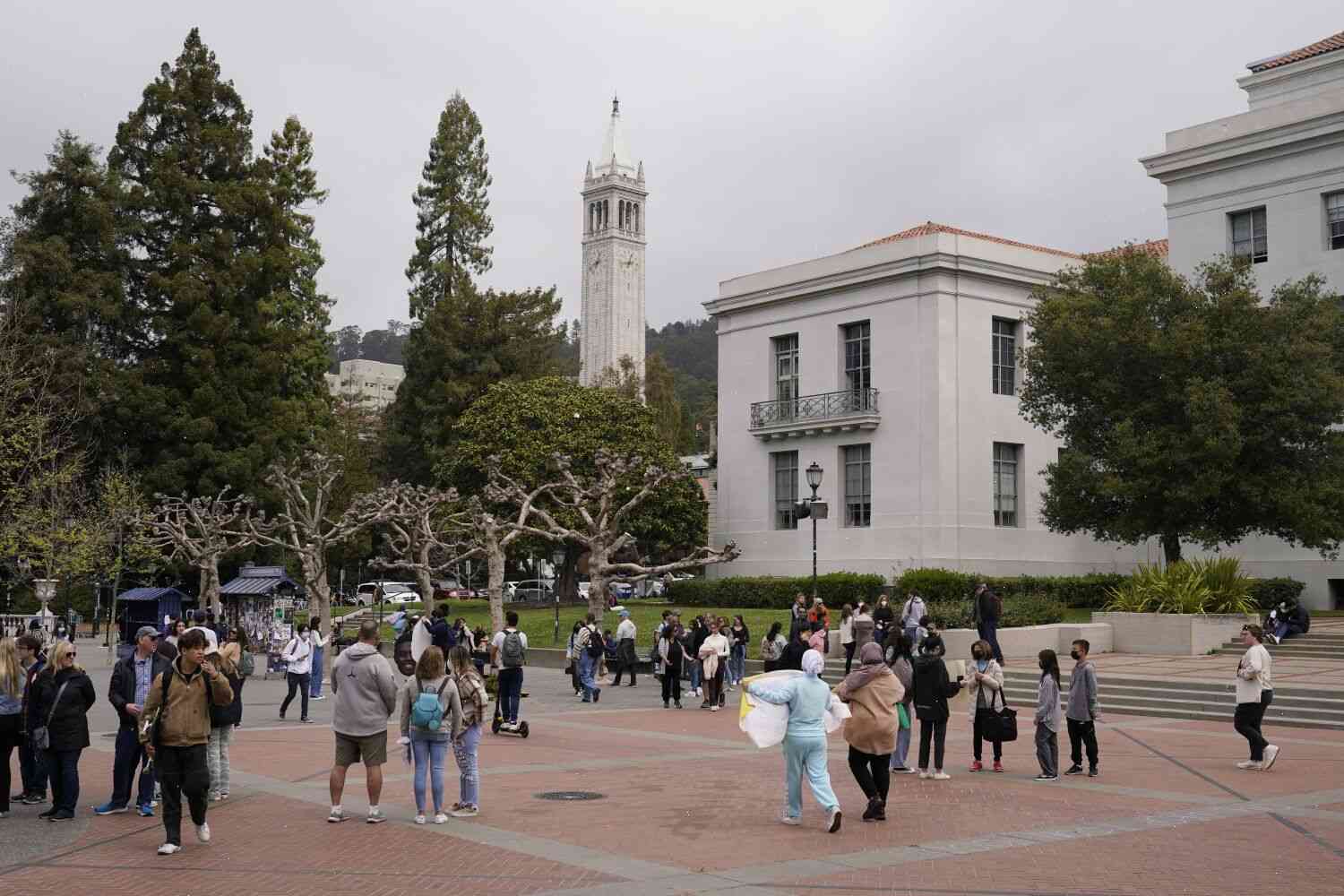 Student activists are calling for more restrictive gun laws at Berkeley colleges and universities after an incident in which a man allegedly fired a gun on campus, then left the campus before he was caught and arrested.

The incident was reported earlier this week after a man walked into the UC Berkeley campus and shot one person on Friday afternoon. Witnesses reported seeing a white truck leaving a parking ramp at the time, and Berkeley police said that the man left Berkeley. The man was later arrested off-campus and a gun was found in his truck about six hours later, after he was spotted by UC Berkeley police.

A video of the incident appears to show the man walking into the campus buildings and shooting the rifle multiple times. He walked to the campus’ main courtyard, where he exchanged gunfire with a building’s security guard. When police arrived on campus, the man was heard saying, “I shot someone,” according to witnesses. It was reportedly not clear what the man’s motive was for the shooting.

In the wake of Friday’s incident, a group called the Berkeley Security Alliance formed Monday to seek more stringent gun laws on campuses in the Bay Area.

Berkeley Security Alliance member Peter Liang said in an email to UC Berkeley staff and students that he had organized the group with the idea of “crying in the face of campus gun violence like we did in the wake of Sandy Hook, Newtown and Aurora,” referring to the 2012 attacks on Connecticut schools. “We are calling on the UC Berkeley administration to support legislation addressing the campus shooting and to support the creation of comprehensive, multi-faceted gun safety legislation with the full support of students, faculty, and staff,” he said.